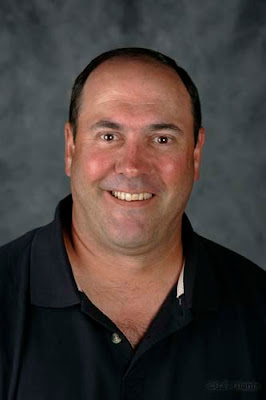 As an increasingly common diagnosis among children in the United States, Autism is affecting more and more families every year; an event being sponsored by the San Francisco Giants at AT&T Park tonight aims to raise money for research into the disorder, and to reach out to those with Autism and their loved ones.

“Autism Awareness Night” will benefit community-based groups that help with the fight against Autism, and the club also hopes to help educate fans with pre-game festivities and distribution of informational materials during the game against the Los Angeles Angels of Anaheim.

Former Giants slugger Will Clark knows first-hand the challenges facing families with autistic children—his son, 13 year old Trey, was diagnosed when he was two and a half.

“After he was diagnosed we’ve been trying to get him as much help and therapy and treatment as possible, and he has responded extremely well,” said the six-time All-Star first baseman.

Autism is a developmental disorder characterized by impaired social interaction, problems with verbal and nonverbal communication, and unusual, repetitive, or severely limited activities and interests. According to recent Centers For Disease Control And Prevention numbers, 1 in 150 young children today are at risk of having an Autism Spectrum Disorder, a group that also includes Asperger syndrome, Rett syndrome, and others.

Life as a professional baseball player required Clark to travel extensively during the season, keeping him away from his family, and providing one more hurdle to overcome.

“I think the biggest challenge was that I was gone and everybody was at home,” said Clark. “The burden fell upon my wife when I was on the road, so it made it a little tougher in that regard for her.”

Clark, who played for San Francisco from 1986-1993, and retired from baseball in
2000, returned to the Giants this season to work as a special assistant in the team’s front office, mentoring younger players with the trademark intensity that earned him the nickname “The Thrill”—the same quality with which he approaches the fight against Autism, having appeared at many public events over the course of the last decade along with his wife, Lisa.

“Once I retired I was able to pitch in and help a little bit more, and take some of the burden off of her and at the same time, having a father figure around helped my son develop quite nicely,” said Clark.

In addition to the festivities on the field, fans who purchase tickets for the “Autism Awareness Night” section will receive a special edition Will Clark jersey shirt, with proceeds from each ticket sale benefiting Athletes Against Autism and Autism Speaks, two groups that strive to raise funds and awareness for Autism research, along with education and treatment programs.

“We’re trying to educate the fan base as best as we can,” said Faham Zakariaei, Special Events Manager for the Giants, who added that there will be information about Autism posted on the scoreboard’s giant screen between innings.

“There a quite a few baseball players that have autistic kids, so it’s starting to hit the baseball family quite a bit,” said Clark.

Fans can also visit an informational booth to find out about Autism in general, the signs of Autism, and the many initiatives, services and fundraisers provided by the local community and groups such as Autism Speaks, who will be holding several upcoming walks later this year.

“We hope fans will take away knowledge of what services are available in the area, and how they can get involved with local fundraising events,” said Monica Segot, the Northern California Walk Coordinator for Autism Speaks.

This is the second year that the Giants will have hosted “Autism Awareness Night,” which organizers are hopeful will be as successful as last year’s, both in fundraising and in getting the word out about the prevalent disorder.

“This is not only an outreach for families that need help—this is a big problem now in the United States,” said Clark. “And if anything it’s getting bigger, so it would benefit a lot of people to be aware of it.”