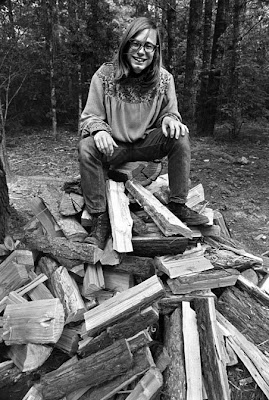 Paul Williams has been called the father of rock journalism; he launched "Crawdaddy!" which was one of earliest magazines to cover the changing world of rock n' roll before the revolutionary Summer of Love, and he played a part in some of the most influential musical and cultural events of the 1960s.

Unfortunately, Williams is now suffering from early onset dementia, brought about from brain injuries he received in a bike accident nearly 15 years ago. He requires full-time care, and his many friends and fans are coming together to help his family cover the costs and to lend their emotional support. At a benefit show on Sunday night, John Doe, Jello Biafra, Mojo Nixon, Mark Eitzel, former Rolling Stone scribe Ben Fong-Torres and more take to the stage for song and spoken word to pay tribute to the groundbreaking writer and publisher.

“The fact that he has such passion for the music and for particular artists, his style would just leap in there, with no attempt at what might be considered objective journalism or criticism,” says Ben Fong-Torres. “Whatever he felt was right out there, naked, and I think that made his writing more special and appealing to people and unique in the field of rock writing, which he helped pioneer.”

Williams founded the independent magazine “Crawdaddy!” when he was only 17 years old, and he became part of the fabric of the '60s rock counterculture, not only writing about it, but also participating in many historic happenings—from driving to Woodstock with the Grateful Dead, to staying with John Lennon and Yoko Ono during their “Bed in for Peace."

“[Williams] showed me that music writing can and should come from a very personal place, that of a fan, and it can oftentimes lead to some pretty out there, existential stuff,” says Jocelyn Hoppa, current Editor-in-Chief of “Crawdaddy!”

“He set the tone for how writing about rock music should take a more serious approach rather than just what an artist’s favorite color was; Paul's writing was a conduit into how the art of the musical experience lived within the listener.”