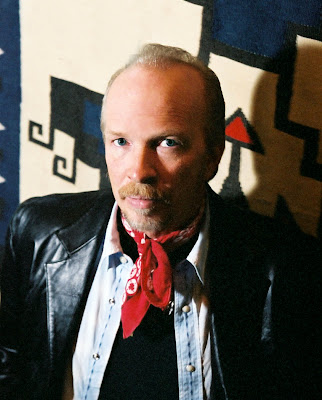 Roots rocker Dave Alvin has played with a wide variety of bands and in a number of musical partnerships over the years; from the early days of barnstorming with the Blasters, X, and the Knitters to his later mainstay groups such as the Guilty Men, the guitar slinger and songwriter extraordinaire has forged many a fruitful relationship with his fellow musicians, both on and off the stage.

One such powerful friendship was with Chris Gaffney, who played accordion and guitar with the Guilty Men, on top of a long career as a songwriter and singer steeped in the rich traditions of Americana music. The two men became close friends through the years, and when Gaffney was diagnosed with cancer in early 2008, Alvin and his other friends came to his aid, setting up a website and playing gigs in an attempt to help pay for his costly medical treatments. Unfortunately, the 57-year old Gaffney succumbed to the cancer just a couple of months after initially getting the diagnosis. 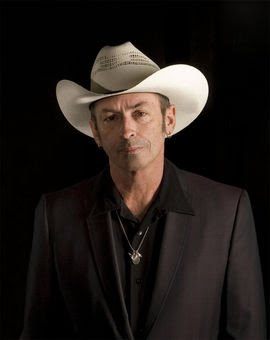 Gaffney’s death hit Alvin and all of his friends and family hard, but from the outpouring of their emotions and vetting of their grief has come two new records, Man of Somebody’s Dreams: A Tribute To Chris Gaffney, and Dave Alvin & The Guilty Women, both released earlier this month on Yep Roc Records.

The former is an inspiring celebration of Gaffney’s life and work, featuring a host of top notch musicians that called him a friend; Los Lobos, Alejandro Escovedo, Boz Scaggs and John Doe are among the many people paying homage by performing their own renditions of his songs. Alvin, who produced the album in addition to contributing the track “Artesia,” says that he views the tribute CD as his way of giving his departed friend the shot at making it he never had.

The tribute album was released the same day as Alvin’s debut with the Guilty Women, his new band that came together for a show at last year’s Hardly Strictly Bluegrass festival in San Francisco. Alvin brought the group together after deciding to take a break from playing with the Guilty Men, the band that he had played with Gaffney in for so long.

“I just thought, well, we’ll put this on the backburner for a little while, and just do something different. When the people from Hardly Strictly called, that was the little kick in the butt that I needed, just to change things up.” 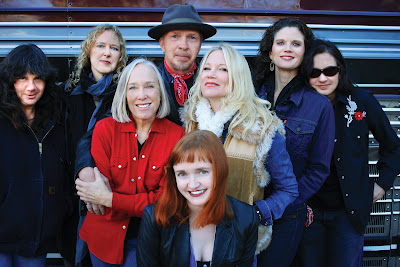 Though he had worked with most everybody in the new band at some point in the past, the collective members of the Guilty Women had not played all together before that first gig, which happened to be in front of several thousand people in Golden Gate Park. Alvin says that due to differing home bases and schedules, a formal rehearsal just wasn’t feasible, so the group simply came together about an hour before hitting the stage and practiced in a tent, going over the basic structures of the songs that he wanted to play.

“It went really well, it was a little bit like jumping out of an airplane without a parachute—it was an extreme sport,” laughs Alvin. “I like unpredictability—it just keeps things interesting; there’s a certain way that people play when they don’t know what’s coming. If you know what’s coming you’re going to go a certain way, and you get locked into it, and sometimes it’s good just to break that all apart.”

After the enthusiastic response from the audience and an offer to do an album came around, Alvin wanted to keep the same vibe as that first concert, so the band approached the recording process in the same way—no prior rehearsals. The resulting collection of songs has an infectious and liberated live feel to them, from the opening track, a re-worked version of the Blasters’ classic “Marie, Marie,” through a number of Alvin originals, covers, and tunes contributed by members of the new band.

The album ends with a boogie woogie blues version of “Que Sera Sera,” which Alvin says encapsulates the feeling and tone of many of the songs on the CD.

“Take away all the schmaltz from the original version by Doris Day, and the fatalistic nature of the lyrics—the way I view it—it’s sort of the ultimate expression of a blues philosophy in a non-blues song. It’s kind of the theme of the album.”