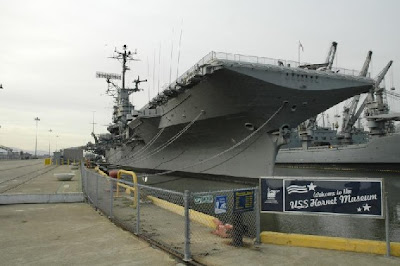 Having survived the ferocious naval campaigns of World War II, the U.S.S. Hornet now stands as a living museum in Alameda, where guests can learn about the ship’s role in history, and, according to several eyewitness accounts, one can also catch a glimpse of the ghostly spirits of her departed crewmen. The 893-foot long aircraft carrier has recently been featured on paranormal-themed television programs such as the hit Sci-Fi channel show “Ghost Hunters,” where spectral apparitions were said to have been spotted roaming the decks in the dead of night.

Fans of that show, along with “Ghost Hunters International” and A&E’s “Paranormal State,” are all in for a special treat this weekend, when respective cast members including Kristyn Gartland, Donna LaCroix, Angela Alderman, Chip Coffey and more will be on board giving lectures, meeting with participants, and even leading late night expeditions aboard the floating bridge to the past.

Kristyn Gartland, who works as the case manager for The Atlantic Paranormal Society, or TAPS, the group featured on “Ghost Hunters,” joined the team after going through a long series of personal experiences and incidents at her own home.

“I guess I had stuff happening for years, but I just didn’t understand it—my grandmother had died, and I used a Ouija board; I brought in a whole bunch of stuff using that, so I became a client.”

The ongoing nature of her experiences brought her in contact with Jason Hawes, the founder of TAPS, who eventually invited her to join the team, which he founded in 1990.

“It just kept going for years and years, so Jay said to me, ‘I don’t know why you don’t just join the group, and help us,’” Gartland laughs.

In the seven years since joining TAPS, Gartland has seen her fair share of unexplained phenomenon—but she has also had to sort through a lot of reports and requests that are rooted in easily explainable reasons, such as improper mixing of prescription medication.

“There are a good majority that we can say ‘This isn’t paranormal’ over the phone, and that is based on years of experience doing this, so we can debunk a lot.”

There are, however, still a good deal of situations that require a physical visit; in these cases Gartland will delegate the response based on location and severity. Some of the more active cases end up broadcast on the “Ghost Hunters” show, which has been on the air since 2004.

“We get requests from all over the country, and other countries as well. We get a ton of emails, and I have to go through them and set them up, either with us doing it or another group that’s closer to them, and we just kind of go from there.” 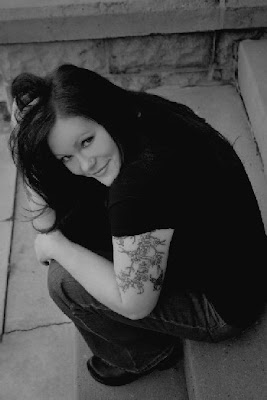 Of all her experiences and travels with the TAPS team, one place that stands out in particular to Gartland is the Trans-Allegany Lunatic Asylum in West Virginia, a now-closed hospital for the mentally ill originally built in the 1850s.

“That one gave me the creeps,” she admits, although she says that easily startled nerves are not something that a seasoned paranormal investigator usually has after several years of experience—but even they can still get an uneasy feeling when hunting around in the dark.

“I don’t like to use the word scared because it’s kind of stupid if we’re going into stuff if we’re scared, but there have been places where I have been uneasy, and a lot of it has to do with the fact that you’re walking around in a dark place, that you don’t know where you are, you have no idea where the lights are, where the exits are, anything like that, should something happen.”

The other times that she is a little more cautious are the cases when a location is reported to be haunted by inhuman entities, more commonly referred to as demons.
“Those are the ones that if you know for a fact that you have something that is inhuman, you know going in that you take the chance of getting hurt badly,” says Gartland.

During her visit to the U.S.S. Hornet on Saturday, Gartland will be giving an abbreviated version of her “Paranormal 101” class that she often teaches back at TAPS headquarters in Warwick, Rhode Island.

“I talk about the different kinds of haunting, what they normally will do, what you’re going to experience with each haunting, how you should deal with each type of category that they’re in. I do that because everybody thinks for some reason that they’re home has a portal to hell—and we have to explain to them that that is not the case,” she laughs. “It definitely gives people a new outlook.”

Gartland has been to the Hornet once before, when the “Ghost Hunters” crew taped an episode onboard the ship last September. Although she says that she didn’t have many personal experiences while investigating, she does feel that it is well worth checking back on.

“There was just a feeling of constantly somebody watching you, it was kind of weird. If it wasn’t for all the people on that ship, we wouldn’t be able to be where we are now, so it’s a grateful feeling to go back there and be able to investigate again and hopefully catch some stuff.”

Her teammates on the program, did, however manage to catch several strange goings on, including chasing a shadowy figure that seemed to vanish into a locked watertight door that apparently hadn’t been opened in years.

After Saturday’s daytime programming, which will also include an audience Q&A session, meet and greet opportunities, and other lectures, people who have purchased a special package ticket will be able to stay onboard the Hornet overnight and investigate the ship with Gartland and her companions. She has participated in several events like this before, and as one would expect, there are sometimes goof offs that don’t take the experience very seriously, but there are also those who come in acting and equipped like die hard professionals.

“Every once in a while we do get a group of people that really just have no interest in investigating, but it’s to be expected. Then we get a few that show up with more equipment than we own,” she laughs.

Gartland enjoys meeting with her fans, both those who simply like watching “Ghost Hunters,” and those who reach out for more personal and deeply felt reasons.

“I like doing these because we do get to meet people that have said to us, ‘I was never able to talk to anybody about this until the show came out,’ and it’s kind of cool to get to meet the people that finally could say what they needed to say, and feel accepted.”

As the popularity of paranormal-themed programming seems to be ever increasing these days, one could extrapolate that the acceptance of people who claim to have had an encounter with a ghost or otherworldly spirit has also increased. For those who are still afraid to tell their loved ones or seek help locally, Gartland says they can go to the TAPS website and find contact information for the nearest member of the TAPS family.

Gartland points out that TAPS and her team members are not out to convince non-believers of the existence of ghosts or the afterlife; instead they offer what they say is the evidence they’ve gathered over the years, and people can take a look at it and make up their own minds on the matter.

“You don’t want people to think that you’re just out to make them believe—when you believe is usually when you have a haunting, and then you go, ‘Oh my God, I need some help!’ It’s kind of like religion; you don’t want someone to feel like you’re a bible pusher, so I don’t want to be a paranormal pusher.”