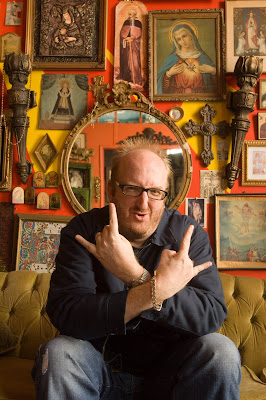 Getting his start doing stand up in Sacramento and San Francisco, comedian Brian Posehn has also added his hilarious talents to a wide variety of other media; he has starred in TV programs such as "Just Shoot Me," "Mr. Show," and "The Sarah Silverman Program," and has had parts in several films including Rob Zombie's "The Devil's Rejects.” A devoted fan of both horror movies and heavy metal, Posehn co-authored the graphic novel “The Last Christmas,” a tale about Santa after the apocalypse, and he released the album “Live In: Nerd Rage” (Relapse Records) in 2006, featuring the side-splitting parody song (and even funnier music video) "Metal By Numbers," where he skewers modern “false metal” with his searing lyrics and growled incantations of “Cookie Cookie Cookie!” (Sean McCourt)